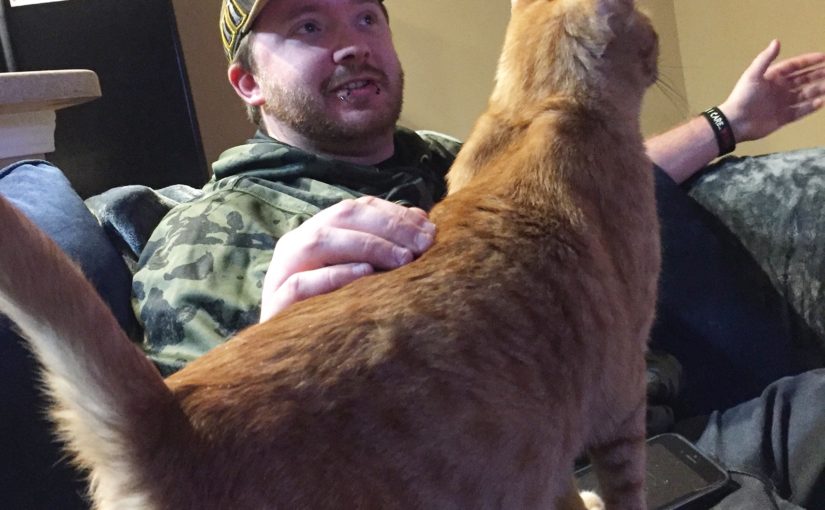 Survivors guilt is a concept that’s helped me gain clarity of the way I feel about my brothers passing last year.

I’ve realized I have been living with a ton of trapped energy in my body in the form of guilt towards my being alive and not being there for Danny in the capacity that may have prevented his death.

There’s no reason to think in the past and have any kind of regret since nothing will change the reality of that pst time and what it’s done to shape today’s reality.

Holding onto that negative emotion of guilt has been destroying me and leading to fostering other negative emotions of anger, unworthiness, stress, anxiety, and depression over the last year and a half.

Danny wouldn’t want me to feel that way and would, of course, call me a p**sy for doing so with his goofy laugh while saying so.

This is the last photo of Danny I have when he was visiting @jciake and I before the last time I actually saw him.

The last day I saw my little brother was the day I dropped him off at the airport about a month before he passed as he was flying out West for the first time to visit some family.

I remember getting out of the car to help him grab his bags as he was stressing out about not making his flight. I remember laughing and comforting him in knowing how well I knew that airport and that he’d be fine, which he was and made his flight, as I have him a hug and felt his big bear hug back as we exchanged “I love you’s” as we always did no matter what page we were on as brothers.

We never left each other in person or on the phone without saying we loved each other and I’m grateful that we established that level of live and respect for one another no matter how happy or upset we were with one another.

I’ve been doing a ton of inner work and realizing I was just punishing myself for something that was out of my control.

Control in my life has come from a sense of insecurity from a rough childhood to all the adversity I’ve overcome in my 31 years that most don’t experience in a lifetime.

More on that in the future, though.

Just know we all have things going on in our minds no matter the outside appearance.